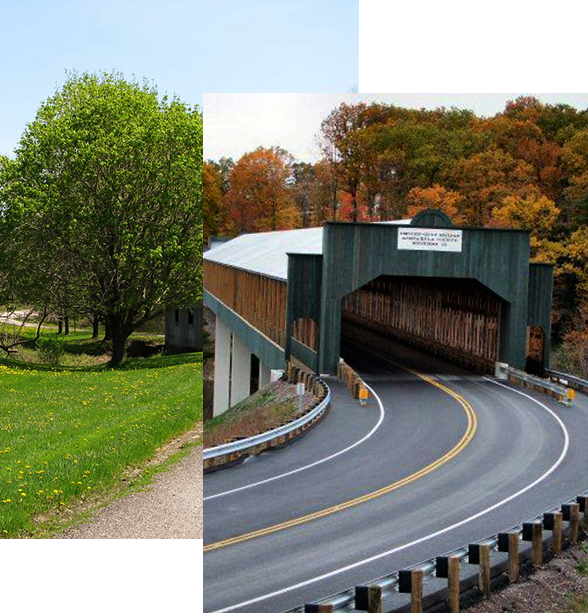 T he early settlers from New England brought this charming and unique architecture to the county. Today, less than 50 bridges exist in the region with the largest concentration being in the Ashtabula County.

Ashtabula County is known for its seventeen covered bridges. Many of them are replicas of the variety of constructions that took place in the county. All the covered bridges within the county can be viewed by driving through the charming roads of the county. Get yourself a driving map and learn more about the history of the Covered Bridge Festival Committee.

This festival is celebrated each autumn in Ashtabula County. The festival is held at the Fairgrounds and features quilt shows, crafts, officially covered bridge souvenirs, a parade, contests, great food and a lot more. Here are some of the best examples of the gracious bridges that can be found in the county.

This is the newest covered bridge and was built during 1999. It was designed based on inverted Haupt truss construction and features a New-Victorian design. The bridge is 22 feet wide and 110 feet long.

This covered bridge honors John Smolen, a county engineer who advocated that covered bridges were more economical, durable and safer in comparison to concrete and metal bridges during the 1980s. He argued that road salt led to the deterioration of most of the metal and concrete bridges and it was essential to replace them in 50 to 75 years. However, salt acted as a preservative on the roofs of covered bridges and instead prolonged the lifespan of these bridges. These bridges are as well less costly when it comes to maintenance.

The Smolen-Gulf Bridge is one of the longest covered bridge in the USA. This bridge was designed by him and stretches 613 feet across the river Ashtabula. The bridge features asphalt mix and concrete piers. The pedestrian walkways on the sides of bridges make this a fun covered bridge to cross on foot.

This bridge is a hybrid combination of a wooden span which is attached to a metal truss. This bridge has an interesting history. Until the construction of Smolen-Gulf span, this 228-foot-long bridge was the longest covered bridge. A 144-foot steel truss extension was added to the bridge was the wooden portion was lost to flood. A covered walkway was added to the bridge during 1992 which ensures that the pedestrian passage across the bridge is safe. This bridge was built over the scenic Grand River and is situated in the most picturesque setting.

This bridge has been built from the remnants of a bridge that washed away during the flood of 1913. This bridge sits atop a block of concrete in a small park. There is a table inside this covered bridge where you can enjoy a picnic with your family.

This bridge offers immense competition to Harpersfield when it comes to being in the most scenic setting. This 94-foot long bridge is one of the most beautiful covered bridges that you will find in this county.

This bridge is believed to be the oldest in the county and was built during 1867. It is the longest single-span covered bridge which stretches 156 feet across the Grand River.

Gary Hewitt purchased the Forman Road Bridge during 1972. He opened Covered Bridge Pizza three years later. You can devour in scrumptious lasagna and pizza. You would not get to experience this anywhere else. Pizza is the specialty at this unique restaurant. The pizza served at this parlor is made from the homemade crust. Pizzas are served here in three variants: thin, regular and thick. A fine blend of spices is utilized along with freshly grated cheese for topping the pizza. Sub sandwiches, soups and salads are as well popular here. It is worth visiting this pizzeria while in Ashtabula County. The pizza delivered here is outstanding and the experience is incredible. The other delicacies served here have as well been crafted to perfection. They are utterly delicious despite not being the primary offering.

The Covered Bridge Festival is held in Ashtabula County annually. Plenty of activities is held during the festival. Tours of the bridges are organized by the Ashtabula County Convention and Visitors Bureau. The covered bridges of the county offer a delightful passage into the past. These colorful and magical crossings are set amidst the vineyards and rolling hills. Make sure to indulge in tours and visit the place during the annual covered bridge festival.

It would be a sin to miss this event while in the county as Ashtabula is renowned for the historical number of covered bridges that can be found in this county. Get help from sources or be a part of covered bridge tours if you do not want to miss out anything. 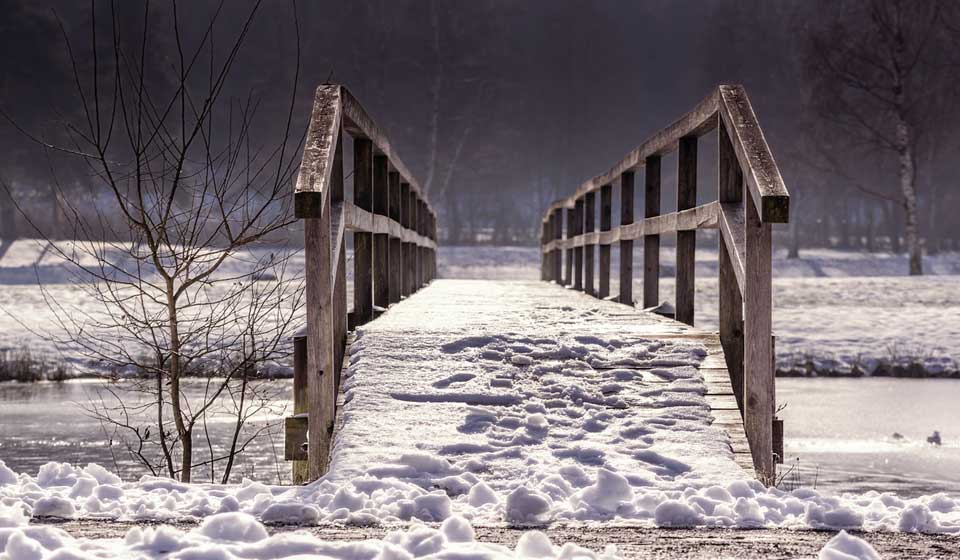 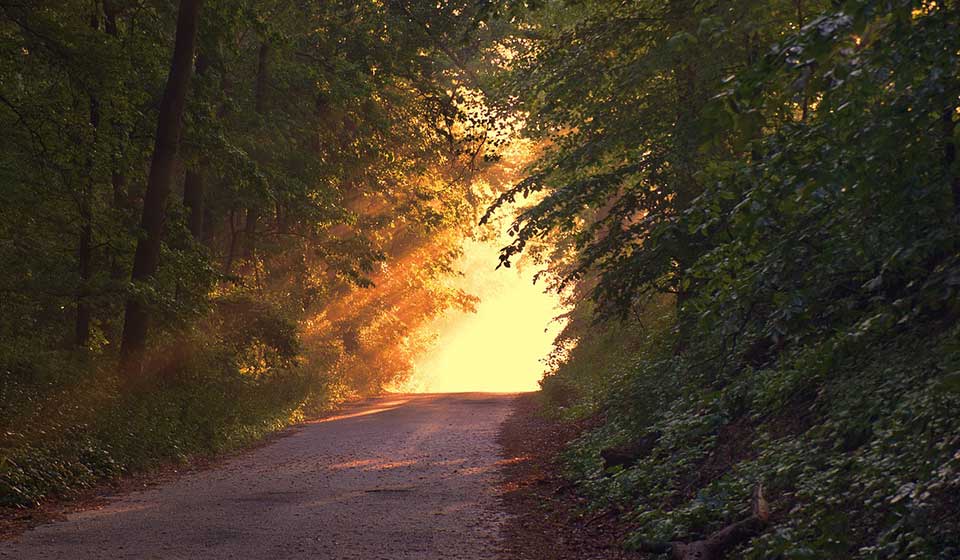